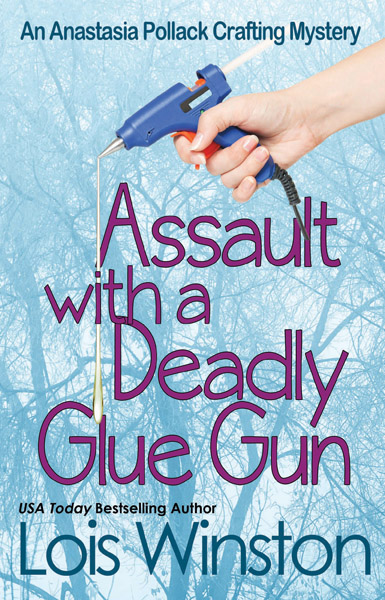 While attempting to dig her way out of debt, Anastasia gets caught up in murder, forcing her to become a reluctant amateur sleuth.

When Anastasia Pollack’s husband permanently cashes in his chips at a roulette table in Vegas, her comfortable middle-class life craps out. She’s left with two teenage sons, a mountain of debt, and her hateful, cane-wielding Communist mother-in-law. Not to mention stunned disbelief over her late husband’s secret gambling addiction, and the loan shark who’s demanding fifty thousand dollars.

Anastasia’s job as crafts editor at American Woman magazine proves no respite when she discovers a dead body glued to her desk chair. The victim, fashion editor Marlys Vandenburg, collected enemies and ex-lovers like Jimmy Choos on her ruthless climb to editor-in-chief. But when evidence surfaces of an illicit affair between Marlys and Anastasia’s husband, Anastasia becomes the prime suspect. Can she find the killer and clear her name before he strikes again?