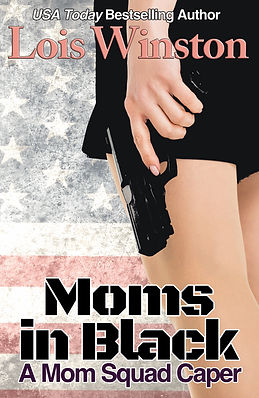 Suburban moms team up to thwart the bad guys.

When Cassandra Davenport applies for a job at www.savingtheworld.com, she expects to find a ‘green’ charity. Instead, she becomes the newest member of a covert organization run by ex-government officials. Dubbed the Mom Squad, the organization is the brainchild of three former college roommates—attorney general Anthony Granville, ex-FBI agent Gavin Demarco, and tech billionaire Liam Hatch—all of whom have lost loved ones at the hands of terrorists. Financed by Hatch, they work in the shadows and without the constraints of congressional oversight, reporting directly to Granville.

Demarco heads up one of the six groups that comprise the new operation. He hires Cassandra as the newest member of his New Jersey based team. In the course of monitoring possible terrorism threats, the Mom Squad discovers a link to Cassandra’s ex-husband. Before she’s fully trained, Cassandra is thrust into a world where her ex may be involved with radicalized terrorists bent on killing as many Americans as possible.

And while they’re saving the world from an imminent attack, what in the world will Cassandra do about all that sexual tension simmering between her and her new boss?