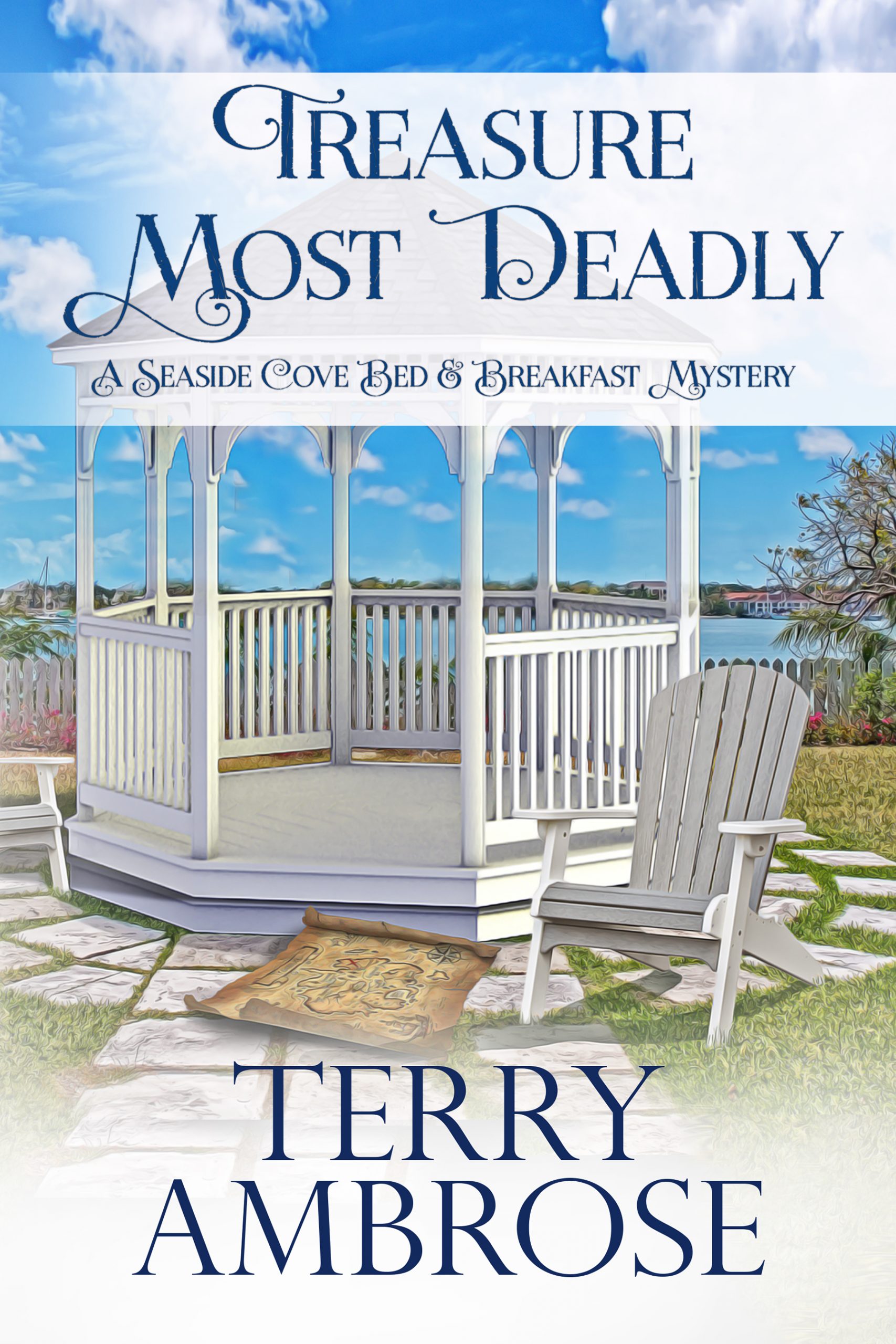 A treasure hunter’s murder plunges B&B owner Rick Atwood and his daughter Alex into the middle of a plot to steal a four-hundred-year-old treasure.

Seaside Cove Bed & Breakfast owner Rick Atwood is again called on to assist his friend, Chief of Police Adam Cunningham, with a murder investigation. The case seems straightforward enough. Clive Crabbe, who has a quick temper and a strong jealous streak, was found hunched over the victim after the man made advances toward Clive’s ex-wife.

A murder investigation is the last thing Rick wants right now. The B&B is booked solid. The town is inundated with tourists and news reporters chasing stories about treasure thieves. And Rick’s wedding to Marquetta Weiss is just weeks away. As if that wasn’t enough, Rick’s eleven-year-old daughter Alex is not only itching to help the cops solve another murder, but she’s forming an unhealthy friendship with a B&B guest.

As the murder investigation progresses, Rick realizes Alex’s new friend could be at the center of everything. The worst part is that Alex may be the one person capable of cracking the case.