The Taxing Art of Writing
by Debra H. Goldstein 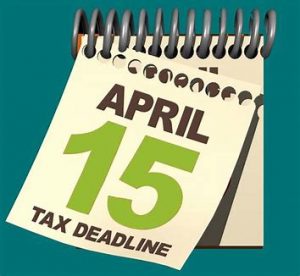 In any year but this one, today would be Tax Day. In every city, there would be long lines of cars containing people who barely slept last night waiting to drop their tax returns at the post office. Normally impatient people would restrain themselves knowing that their own procrastination resulted in the need to make sure their envelope bears today’s postmark.

For some of us, submission of a book or short story is a similar experience. We may know for months the date our manuscript is due or that a contest submission period ends, but we ignore the due date until hours before the witching hour. Why?

Is it a lack of motivation? No ideas? Too many ideas? I don’t think so. I believe it comes down to two things: a manifestation of the fear or flight response or life getting in the way. The latter is easy to define. It was more fun to watch a television show, read a book, or twiddle one’s thumbs. There was a family emergency, one didn’t feel well, or one needed to twiddle one’s thumbs. In my limited writing career, I’ve used all these excuses at some point in time, but it is the fear or flight response that better characterizes my writing style.

The fear or flight response is often defined as a physiological reaction to a perceived threat of danger or against one’s survival. It is characterized by intensified energy, heart racing, and other physical changes that one can’t control. Most importantly is an enhanced adrenalin response.

For me, having all the time in the world to get a project done is meaningless. I dawdle, procrastinate, and choose solitaire over the task at hand. It is only when I know that it is put up or shut up time that I come alive. That’s when I do some of my best work. Words flow into sentences that usually need little polishing. Okay, that’s when everything works perfectly.

The reality is that there are times no ideas come, and the contest topic and submission directions could be written in another language because they seem so foreign to me. I used to force myself to get something down on paper, but not anymore. Now, I let self-imposed due dates go by unless I feel I have something pertinent to say. The irony is that my work is improving. Because I write characters and scenes that make sense, the voice is lilting rather than stilted. Although I may fret over a sentence or paragraph, the overall work product is more solid and, in the end, less taxing on me to write and the reader to enjoy. 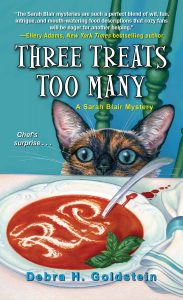 As I write this blog, knowing I have thirty extra days to file my taxes, the IRS is not high on my list of priorities. Interacting with you is. That to me is a treat.

For a print or e-book copy of Three Treats Too Many (U.S. only), tell me, were your taxes filed by today or are you taking advantage of having until May 15th?