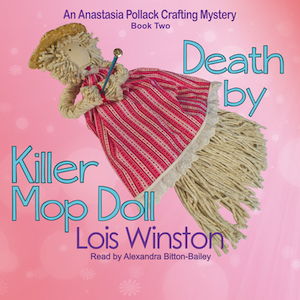 The other day on one of my cozy mystery writing loops, another author posed this question to the group: Why do you love writing mysteries? It got me thinking.

Why do I love writing mysteries? Unlike many mystery authors, I didn’t grow up devouring Nancy Drew books. Truth be told, I’ve never read any of them. I was a Cherry Ames girl, mostly because an older neighbor gave me a vast collection she’d outgrown. Cherry Ames planted the idea in me of going into nursing when I grew up. That never happened, but it was the first time I remember thinking about what I wanted to be when I grew up.

Eventually, I aged out of Cherry Ames and discovered Leon Uris. (Yes, I was an extremely precocious reader.) However, none of those novels sparked career interests in me, but I did learn far more about history than any of my teacher ever imparted.

I’m also not one of those writers who grew up dreaming about becoming a novelist. I came to writing much later in life, twenty-eight years ago, but not by writing mysteries. My first novels were romance and romantic suspense. I segued into writing mysteries years later. My agent knew an editor looking for a crafting-themed mystery series and suggested I try writing one.

The rest, as they say, is history. It was the proverbial match made in heaven, and I’ve never looked back. But why was it such a perfect genre for me?

Admittedly, I’ve always had a knack for figuring out whodunit early into most movies and TV shows. But where did that talent come from? I was trained as a graphic designer and illustrator, not as a forensics investigator.

The only explanation I’ve ever been able to come up with is that I was genetically predisposed to solving crimes. I must have inherited that trait from my maternal grandfather. His career in law enforcement spanned nearly forty-plus years and culminated as the captain of a major New York metro police force. During his long career, he was instrumental in bringing many mobsters to justice, including some famous one.

Fate didn’t see fit to have me follow in my grandfather’s footsteps. It never crossed my mind that I could. But that crime-solving gene had lain dormant inside me all along, whether I realized it or not. Would I have started writing mysteries if my agent hadn’t suggested I try writing one? I suppose it would’ve depended on whether something else triggered that gene to wake up and take over my imagination. I guess I’ll never know.

If you’re one of those mystery lovers who prefers to listen to your mysteries rather than read print versions of them, DEATH BY KILLER MOP DOLL, the second book in my Anastasia Pollack Crafting Mystery Series, is now available as an audiobook through Audible, Amazon, and iTunes. If you’d like a chance to win a promo code for a free download, post a comment to this blog. If you’re a mystery writer, tell me why you write mysteries. If you’re a reader, tell me why you love reading them.

While you’re here, click over to enter our January book giveaway, which runs through January 18. We have seven titles in our giveaway vault. The winner gets to select their book from the vault. It’s win-win all around. Click HERE for the contest.