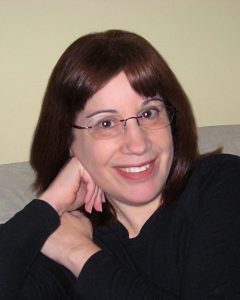 USA Today bestselling and award-winning author Lois Winston writes the critically acclaimed Anastasia Pollack Crafting Mysteries and the Empty Nest Mysteries. She’s also published in romance, romantic suspense, chick lit, women’s fiction, children’s chapter books, and nonfiction. A Book-of-the-Year nominee from ForeWord Reviews, Assault With a Deadly Glue Gun, the first book in her ongoing Anastasia Pollack Crafting Mystery series, also received starred reviews from both Publishers Weekly and Booklist. Kirkus Reviews dubbed Anastasia, “North Jersey’s more mature answer to Stephanie Plum.” Lois would like the quote etched on her headstone, although she hopes the need for such a monument will be decades in the future. Lois is also a former literary agent and an award-winning craft and needlework designer who often draws much of her source material for both her characters and plots from her experiences in the crafts industry. 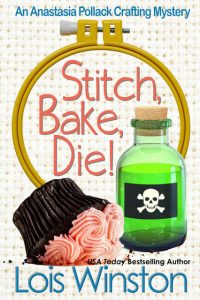