One lucky U.S. resident winner will receive a Samsung Galaxy Tab A in Titanium Smoke 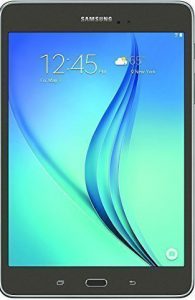 No purchase is necessary. You must be at least 18 years old to enter. Winners will be chosen by Rafflecopter from all entrants. Winners will be notified via email. Booklover’s Bench authors are not responsible for transmission failures, computer glitches or lost, late, damaged, or returned email. Prize must be claimed within 5 days or it will be forfeit. U.S. Residents only for physical prizes.

By submitting your entry, you agree to be entered into each Booklover’s Bench author’s email newsletter list. We will not share your information with anyone else, and you may unsubscribe at any time.

Have you checked our Nav Bar lately? Every week, one of our authors posts a “Let’s Talk” article, and there are more prizes to be had over there. Be sure to bookmark our website so you can see what’s new each week.