Many authors refer to their books as their babies, acting appalled when an interviewer asks which story is their favorite. (You wouldn’t ask me which of my children I like best, would you?) And there is some rationale to that comparison. Books are, in a sense, born from the author’s psyche. The stories and characters are thrust into the world figuratively coated in the writer’s own blood, tears and sweat, as a certain British Prime Minister might have so graphically put it. 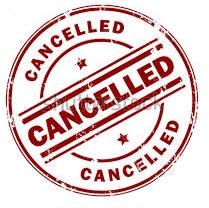 So when an author’s series comes to an end, she feels an actual sense of loss. After all, she’s been living with these characters for years, giving them space in her head, and in her heart. It’s rather like when a friend moves far away. You swear you’ll keep in touch, but your relationship will never be quite the same. You’ll still have your old memories (the books that have already been published) but chances are you won’t be making new ones with these particular characters ever again.

I’ve been there and done that for three series now, and it’s not gotten easier, particularly since the decision to call it quits has never been mine. Worse, after the justifiable anger and disbelief that comes with encountering yet another unfortunate snag in one’s writing career, I invariably find myself swept by another emotion…guilt. 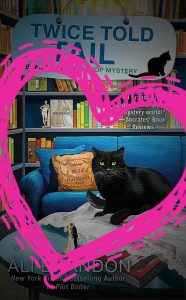 Yep, I feel guilty knowing that my characters had more tales to tell, more story arcs to traverse, more witty dialogue to exchange, and yet they will never be able to share these things with my readers. Had these series continued, certain of my characters would have found new romance, would have made new friends, maybe left unsatisfying relationships behind. And, of course, since they are murder mystery series characters, I saw them stumbling over still more bodies and solving even more crimes. They didn’t get to live out their full character lives, for which I blame myself.

I’m tempted, at times, to write a little coda to each cancelled series and post it on my website so that my readers can know what I’d planned for my fictional offspring had their publishing lives not been cut short. But so far, I’ve not done that. Because maybe it’s better to let the readers create their own future for the characters that they, too, have come to think of as friends. Besides, as long as even one new reader somewhere is enjoying their stories for the first time, my characters continue to live on.

Have you ever let your imagination go wild and made up new adventures for your favorite literary characters?

While you’re here, check out our May Book Vault. Lots of cool books for our winning entrant to select from during the May 1-18, 2019 contest. Click here to visit our contest page.