SNAKES ON A PYRAMID
By Diane A.S. Stuckart 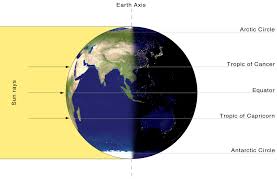 Not enough hours in the day. That’s a complaint I often make, and maybe you do, too. Whether it’s because we over-commit, find ourselves distracted, or simply get a late start, too often we go to bed knowing we didn’t accomplish half of that day’s to-do list. But if that’s your situation today, then you are in luck. March 19 is this year’s Vernal (Spring) Equinox, meaning you have as many daytime hours as nighttime hours to get things done today.

The term Equinox comes from the Latin words for “equal” and “night”. It happens twice each year when the sun’s position at the equator creates a day evenly divided into 12 hours each of sunlight and darkness. In addition to Spring Equinox, we also have Autumnal (Fall) Equinox which occurs in late September. (And neither event should be confused with Summer and Winter Solstice, which are the longest and shortest days of the year, respectively.) 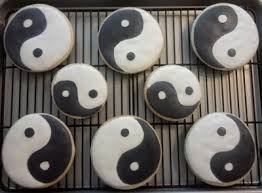 I’m a visual person, so when I think about the Equinox, I picture things like a yin-yang symbol, a black-and-white cookie, or even one of those side-by-side shakes from Steak ‘N Shake. But other than a nice feeling of symmetry, what’s the big deal about the Equinox? Well, by tradition, it’s also the first day of Spring. And it is one of four days each year that the fences around Stonehenge in England open to allow folks an up-close and personal visit. (The other three days, not surprisingly, are the two Solstices and the Autumnal Equinox.) 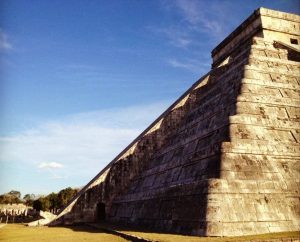 Tradition also has it that Equinox is the only time of the year when you can balance a raw egg on end (which is a myth…see also the balancing broom challenge that was a social media obsession for a few days last month). Plus the Spring Equinox serves as a conclusion to the Full Worm Moon that occurred on March 9. But one of the coolest thing associated with either Equinox—at least, in my opinion—is the descent of the plumed serpent at the Mayan Pyramid Kukulkan at Chichen Itza in Mexico.

Of course, it’s not a real snake that slithers down the pyramid. Rather, it’s a clever effect combining precision architecture with moving light and shadow. The phenomenon can be observed late in the afternoon for a few days around both Spring and Fall Equinoxes. Worshippers and tourists, alike, have gathered at this temple to watch the spectacle since the 9th century, so it definitely counts as tradition. And if you go HERE you can see a video of it without having to travel that far afield. But along with visiting Stonehenge, witnessing the serpent is one of the items on my bucket list that I plan to do one day…assuming when I get there that I have enough hours in the day!

So, do you commemorate Spring Equinox or any other “non-traditional” holiday?