If you read my “Let’s Talk” post published last year at right about this time, you might know that tomorrow is my birthday. And it’s not just any birthday. It’s one of those major landmarks, get the government involved, officially OLD birthdays. The one where you look at yourself in the mirror and ask, where did all the years go? Wasn’t I just recently old enough to buy booze??

The thing is, other than a blown knee, I don’t feel as old as I apparently am. And so, I’m not going to dwell on age. Instead, it’s time to make a list of all the things I’ve done that some of you young whippersnappers out there will never get to do…or, as the T-shirt slogan goes, I may be old, but I got to see all the cool bands.

• I did see some cool bands…Heart and Jethro Tull and the Doobie Brothers and the Byrds and Arlo Guthrie, and even the Dixie Chicks when they were still playing local fairs.
• For the bands I didn’t see in person, I did hear their new music right there on the transistor radio (and later, car stereo) when those songs were first released. 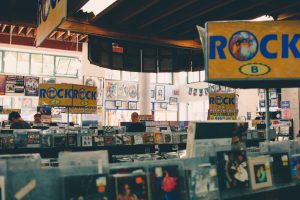 • I bought 45s and LPs at a record store, because that was how music came out back then. (And one of the first LPs I purchased with my very own money was the hot-off-the-press soundtrack to Disney’s The Jungle Book.)
• I licked S&H Green Stamps and put them in books for my mom (but I swear I don’t recall our ever actually redeeming those books for any prizes…at least, not cool ones).
• I was in first grade when John F. Kennedy was assassinated…and I also remember when Janis Joplin died.
• Along with my little brother, I won an hour-long trip on a brand new 747 airliner when those planes first hit the skies. 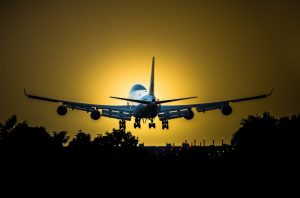 • A fun Friday or Saturday night out with the hubster was going to Blockbuster and sorting through all the videos…and, occasionally, lucking out by finding a new release just returned to the shelf.
• And, bringing it around to writing, I bought Stephen King’s Salem’s Lot and The Shining when they first came out in paperback.

Of course, that’s not the sum total of cool things I’ve done (some I really can’t publish here, but if I ever write my memoirs, I’ll include them!). But thinking back on the past reminds me that being “of an age” does come with some perks, i.e. popular culture bragging rights. So, happy birthday to me…and know that I plan on many, many more!