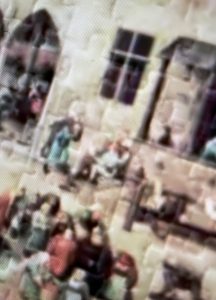 About 20 years ago, my mother bought herself a two-thousand-piece jigsaw puzzle. Its artwork was a copy of “Children’s Games”, a painting by the Flemish Renaissance artist Pieter Bruegel the Elder. If you’re not familiar with that work, it features a detailed town square crammed with somewhere between 200 and 300 boys and girls (the number varies based upon whom you ask). And the majority of them are involved in a variety of 16th century children’s pastimes…up to eighty or more different games, by some counts.

Why did Bruegel choose such a subject? Some academics believe the painting was meant as an encyclopedia of popular kids’ pursuits during the Renaissance. Others opine that it is a clever commentary on a doleful human society. And still others view it as an elaborate “Where’s Waldo” type of experience for the casual viewer of the work. 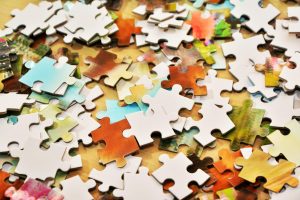 Anyhow, Mom put together this beast of a puzzle mostly by herself. And when she was finished, rather than tossing the pieces back in the box again, she spent a couple of hundred dollars to have the puzzle professionally framed and then hung it on her wall.

I never thought to ask why that particular puzzle deserved a place of honor. I can only assume now that something about the artwork struck a chord with her. She’d reached the age where her offspring were middle-aged adults, and most of her grandkids were well into their teens and twenties. Maybe the painted children brought her enjoyment recalling her own family at a more innocent age.
Or maybe, scholar that she herself was, she was developing her own theories as to what Bruegel was trying to accomplish with this work. 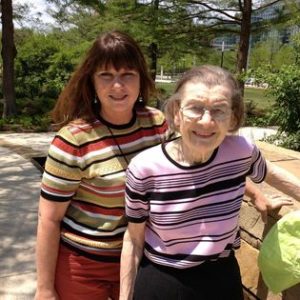 When Mom passed away a few years back, the framed puzzle went to the estate sale. I really considered taking it home with me since none of the other siblings wanted it, but it was so big, and my wall space so limited, that I just couldn’t. Instead, I took a picture of it. I regret leaving it behind now, mostly because that darned painting has stuck with me over the years. In fact, the first Christmas during the pandemic, I found that same puzzle on eBay and sent it to my sister just to see if she remembered it.

I think one reason that the painting continues to resonate with me—besides the connection to my mother, of course—is that I view it as a life lesson. I know I’m guilty of taking on too much and being rushed for time, often for days—or weeks—on end. That painting reminds me that sometimes you have to break away from the housework, from the manuscript, from promoting your books, and spend a little time playing.

If you are intrigued by this particular work, here’s a link discussing Bruegel’s “Children’s Games” you might enjoy: https://www.dailyartmagazine.com/pieter-bruegels-childrens-games/

Let me know if any kind of artwork has always stuck with you.

While you’re here, click over to our Book Giveaway, which runs from August 1-18. ENTER HERE.

15 thoughts on “Playing for Keeps”