Behind the Scenes with Terry Odell

Behind the Scenes with Terry Odell

A once in a lifetime vacation.
Sometimes you luck into that trip of a lifetime. I used to work for an international scientific organization that held biennial meetings all over the world. It was a part time, out-of-my-house job, which suited me just fine. However, as the organization grew, dealing with the tasks of membership and conference registration began consuming far more time and energy than I wanted to put in. This was before the day of computerized forms, so I was having to deal with everything manually. I’d planned to quit, but then they announced that their next meeting would be in Capetown, South Africa. Since they paid my airfare and gave me a respectable per-diem, how could I resist? Hubster and I decided to join a tour group and take our vacation before the meeting.
We visited Cape Town, Cape Point, Zimbabwe, Swaziland, Victoria Falls, Port Elizabeth and more. We did game rides, a river cruise, hikes … definitely a trip of a lifetime.
All I can say, is that it was totally worth it. I’ll let the pictures speak for themselves. 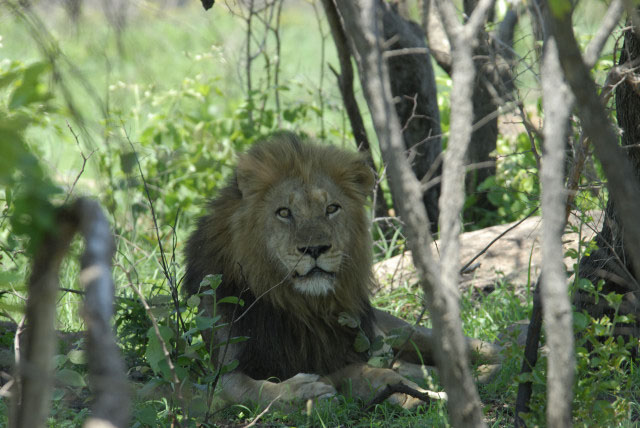 What I’m Working on Now:

I live in Divide, a town that’s a wide spot on the road high in the mountains of Colorado. We retired here from Florida, and I absolutely love it. Who wouldn’t love views like this? 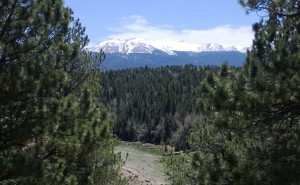 I share my home with my husband and Feebie (short for FBI Special Agent in Charge), the dog we adopted from our local rescue shelter.

And no, the snow doesn’t bother me. Florida’s heat, humidity and hurricanes kept me inside far more often. On those few days when it’s not safe to go out, I can snuggle up with a book—or write one. The ‘tricky’ part of living at 9100 feet is the cooking. It’s a whole new world. Did you know water boils at about 196 degrees up here instead of the 212 at sea level? And baking? That’s a whole new experience.

My office sits on the southwest corner of the house, and I can watch wildlife from my windows during the day and glorious sunsets at night. As a matter of fact, I took the picture of the ‘cover model’ for Danger in Deer Ridge from my front porch. 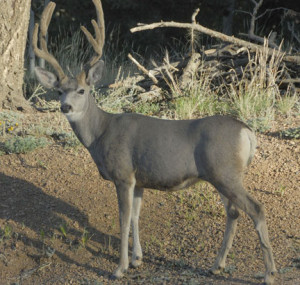 My normal routine is to get up when the dog says it’s time—usually before 6 AM. I’ll have my first cup of coffee while dealing with email and social media. (Okay, so I’ll also play the daily MahJong challenge with my second cup of coffee.) My writing goals are based on word count—I shoot for 1000 words a day, but don’t freak if I don’t make it, because I generally edit as I go. Every time I finish a scene, I print it out—amazing how ‘different’ it looks on paper—and read it in bed. When I’m ready to start writing the next day, I’ll take care of any problems I found, and that gives me a running start. I’m not a plotter, so I rarely know what’s going to happen more than a scene or two down the road, but since I write romances and mysteries, I know there will be a happily ever after or my detective will solve the case. Beyond that, it’s all a discovery process.

My desk is typical—computer, printer, and clutter. I thought you’d like to see what’s outside my window instead. Thanks to my husband for the great shot. 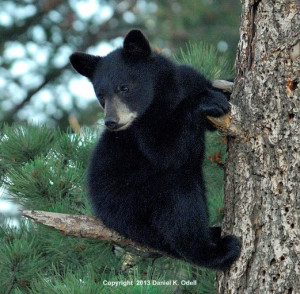 Posted in Uncategorized • Tags: author, Behind The Scenes, Colorado, romantic suspense, Terry Odell |  Be The First To Reply!