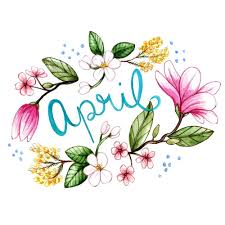 As we draw the curtain on April, let’s acknowledge that there’s something quite special about the fourth month of the year. Forget the official holidays—April Fool’s Day, Tax Day, the Passover and Easter holidays—not to mention made-up holidays like National Grilled Cheese Day and National Tartan Day (though, being of Scottish descent as well as a lover of toasted cheese, I don’t object to celebrating those things). Instead, I’m referring to the way April traditionally evokes strong emotion in people, particularly those who live by the pen. 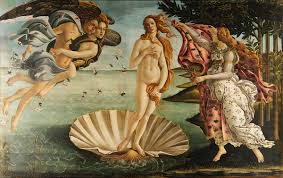 T.S. Eliot absolutely had a beef with April, calling it “the cruelest month”. Edna St. Vincent Millay was equally uncomplimentary, claiming that “April comes like an idiot, babbling and stewing flowers.” A bit harsh considering most folks look at April as a welcome time of youth and rebirth. In fact, April is named after the Greek goddess of love, Aphrodite. In her Roman guise as Venus, the goddess also was the patron of motherhood and fertility and, a bit more obscurely, gardens and vineyards.

Shakespeare, however, was quite the fan of April, referencing that month in numerous sonnets—April hath put a spirit of youth in everything—and plays—The uncertain glory of an April day, Which now shows all the beauty of the sun. Not to be outdone, Ralph Waldo Emerson said, “The April winds are magical, And thrill our tuneful frames.” I don’t recall any writers waxing that poetically about February or September!

When I first wrote this blog piece, we had not yet begun the month, and we’d not sunk so deeply into quarantine as we now have. Then, I’d been prepared to give a major huzzah to April as a month of hope and promise. Now, however, I fear I have to side with Eliot’s more doleful view. But, as many wiser than I have said…this, too, shall pass. And so I look forward to a more joyful April next year.

Pandemics aside, what is your opinion of April…cruel or magical?