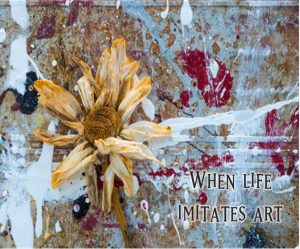 I was in Nashville last month when very early Christmas morning the city was rocked by a bomb set off by a suicidal domestic terrorist. If such a thing can be said, I suppose he was a considerate terrorist. He parked his bomb-laden RV at a location and time that would be virtually devoid of people, and he broadcast a warning to evacuate the area for fifteen minutes prior to the explosion. There was massive property damage, but only the bomber died. There were few other injuries, mostly minor, and none were life-threatening.

Most of the plots and subplots in my books are inspired by actual events. I’ll read about an incident or situation and play the “What if?” game, molding it into the plot for a book. Not this time, though. The bombing in Nashville was eerily similar to the plot of my newest novella, currently available for pre-order.

However, I don’t write thrillers, and I no longer write dark romantic suspense. I prefer to write escapist fiction that gives my readers a reason to laugh. My books have happy endings. The good guys always win. Justice prevails and the bad guys always pay for their dastardly deeds.

Even though this is the case with Moms in Black, a Mom Squad Caper, the premise is based on thwarting a domestic terrorism attack. The novella is one-part romantic suspense, one-part humorous caper, with tongue planted firmly in cheek.

Right about now I’m guessing you think this sounds a bit at odds. I’m hoping that if you read the novella, you’ll agree that I’ve pulled it off.

So how did such a story come about, you might ask?

In 2015 I was invited to take part in a new venture from Amazon. Kindle Worlds was a foray into fan fiction where anyone could write novellas that tied into handpicked existing series. To get the project up and running, Amazon invited additional authors, many recommended by the series authors, to create the first novellas.

There were few rules we had to follow in creating these companion novellas. Authors could use as little or as much of the existing series world as they wanted. We could even change the tone of the original books in the series.

I was asked to write a novella based on author CJ Lyons’ Shadow Ops Series. CJ writes what she calls “Thrillers with Heart.” I write humorous amateur sleuth/cozy mysteries. No problem. Mom Squad, the story I wrote, reimagined CJ’s domestic thriller series as a humorous caper.

The Kindle Worlds program disbanded a few years later. The novella authors were allowed to republish their work as long as they received permission from the series author and all references to the original series were removed or changed. 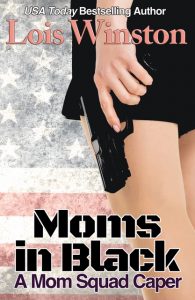 Because my writing life has been consumed with writing about Anastasia Pollack, my reluctant amateur sleuth, it took a while for me to get around to updating my Kindle Worlds novella. I was finally able to carve out some time, thanks to the pandemic, which has reduced my life basically to that of a hermit. I expanded and rebranded Mom Squad as Moms in Black, a Mom Squad Caper. It’s currently available for pre-order, and if readers enjoy it, my goal is to write two more Mom Squad Caper novellas.

If you’re a reader, do you ever venture out to try something different from your favorite authors, or do you only stick with what you know and like? If you’re a writer, do you ever foray into other genres? Post a comment for a chance to win an e-copy of Moms in Black, a Mom Squad Caper.

When Cassandra Davenport applies for a job at www.savingtheworld.us, she expects to find a ‘green’ charity. Instead, she becomes the newest member of a covert organization run by ex-government officials. Dubbed the Mom Squad, the organization is the brainchild of three former college roommates—attorney general Anthony Granville, ex-FBI agent Gavin Demarco, and tech billionaire Liam Hatch—all of whom have lost loved ones at the hands of terrorists. Financed by Hatch, they work in the shadows and without the constraints of congressional oversight, reporting directly to Granville.

Demarco heads up one of the six groups that comprise the new operation. He hires Cassandra as the newest member of his New Jersey based team. In the course of monitoring possible terrorist threats, the Mom Squad discovers a link to Cassandra’s ex-husband. Before she’s fully trained, Cassandra is thrust into a world where her ex may be involved with radicalized terrorists bent on killing as many Americans as possible.