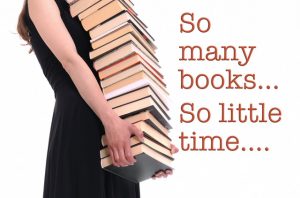 I recently read a review from a national newspaper for a memoir that has received quite a bit of hype. The reviewer gave it only two stars, stating that the book left her frustrated because it didn’t live up to what it had been purported to be. Instead of “a dissection of life in a working-class industry populated by hard-nosed men sent off to live and work in solitude in the middle of the North Sea,” it was a about “an affair and a woman who is thinking about writing a book of substance but never actually does.” Ouch!

I’ve known some professional reviewers who have worked for major publications, either as staff reporters or freelancers. I know they’re paid to give their honest opinions of the books sent to them by publishers. These reviewers receive hundreds of advance-reading copies each year and must choose which ones they’ll devote time to. They don’t set out to read books they know they won’t like. They read with an open mind, hoping they’ll be blown away by the writing, the characters, and the story. However, sometimes they’re not, and the review is far from what the publisher and author had hoped to see.

As an author, I feel badly when another author receives a less than flattering review of her work. I know the blood, sweat, and tears that go into writing a book. We all crave praise for our babies. That’s why, no matter how much I dislike a book, I’ll rarely post a negative review. I can think of only one occasion where I posted a one-star review. That was for a novel about a child born with a genetic disorder. I know quite a bit about that disorder, having had an uncle born with it and a friend who gave birth to two children with it. Surprisingly, although the author’s lack of research was glaringly evident throughout the pages of the novel, the book sat on bestseller lists for more than a year!

Like professional reviewers, I never open a book expecting to dislike it. I choose books I hope to love. I post my reviews on BookBub, but only for books I’ve enjoyed. Unlike Amazon, BookBub encourages authors to post reviews, and it’s free of the drama often associated with Goodreads.

However, unlike professional reviewers, I won’t post reviews of books I haven’t enjoyed. Most of the books I review receive four or five stars. Occasionally, I’ll give a book a three-star review because, although there were things I disliked about the book, there were also things I liked about it. To me, three stars is equivalent to a C grade, enjoyable for a few hours of reading but not a book I’ll think about days, weeks, months, or years later and certainly not worthy of rereading in the future.

If you’d like to see some of my recommendations, check out my author page on BookBub: https://www.bookbub.com/authors/lois-winston.

What about you? Do you post reviews for every book you read or only for those that have really captivated you?