Two Roads Diverged & I Took Both
(With apologies to Robert Frost!)
By Lois Winston 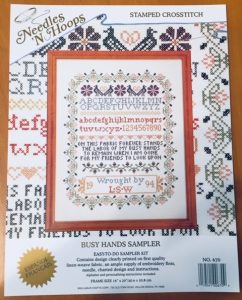 March is National Crafts Month. I write a crafting cozy series. So I thought I’d talk today about how two conversations—one about crafts and one about mysteries—changed the trajectory of my life.

When I was in college, I taught myself embroidery and needlepoint. Because I was majoring in graphic design and illustration, I designed my own projects rather than buying kits, which were also too expensive a luxury for someone putting herself through school on scholarships, student loans, and various part-time jobs. I even incorporated needlework into my junior year end-of-term project in my photography class. 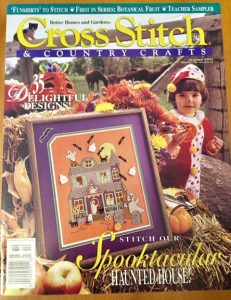 Fast-forward a few years and I’m now a new mother and a freelance graphic designer. One day I was in a needlework shop and overheard a conversation between the shop owner and a customer. The customer mentioned having sold some designs to a needlework company located a few miles from where I lived. When I got home, I called the company and set up an appointment to show my designs. A week later I walked out of that initial meeting with an assignment to design a line of counted cross stitch kits. (I went home and quickly taught myself how to do counted cross stitch!) 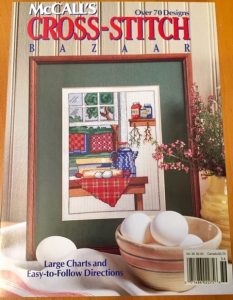 That assignment led to many more for that company and other kit manufacturers, as well as designing for various craft and needlework magazines, women’s magazines, and book publishers. Over the years I’ve worked as a craft book editor, a design coordinator, and the head designer for several needlework and craft companies. I also traveled the country working trade and consumer shows.

Fast-forward again, this time a few decades. I’m still designing in the craft industry, but I’ve also caught the writing bug and penned several romances and romantic suspense novels. One day my agent called to tell me she’d spoken to an editor who’s looking for a crafting mystery series. Given my background, my agent thought I’d be the perfect person to write one. 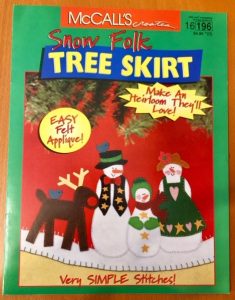 Crafting mysteries? At the time I had no idea there was such a thing. So I set about doing a bit of research. I discovered that most crafting mysteries featured an amateur sleuth who either owned a specialty craft shop or was a crafter of one specific craft, such as candle-making, pottery, knitting, doll-making, etc. I decided to do something a bit different. Tapping into my own background as a crafts editor, I created a sleuth who works as the crafts editor at a women’s magazine. That way I could feature different crafts in each book in the series. Thus was born the Anastasia Pollack Crafting Mysteries. 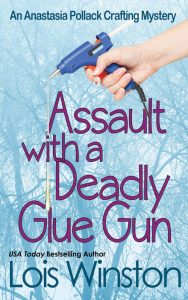 If you haven’t checked out the series yet, the ebook version of Assault With a Deadly Glue Gun, the first book in the series, is currently on sale through the end of March for only .99 cents. You can find links here.

I’m currently working on the ninth full-length book in the series. There are also three connecting novellas. At this point Anastasia and I are pretty much joined at the hip. And it all began thanks to two conversations, one about crafts and one about writing.

Have you ever had a life-changing experience spring from an ordinary conversation or activity?

Post a comment for a chance to win a print or ebook copy of Revenge of the Crafty Corpse, the third book in my Anastasia Pollack Crafting Mystery Series. (Print editions for U.S. residents only.)