How’d I get so lucky?
By Maggie Toussaint 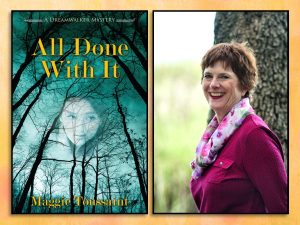 Usually, people bemoan their lack of good fortune, but I am feeling very lucky about this post. You see, the 7th and final book of my Dreamwalker Mystery Series, All Done With It, launches on August 11, which is within the week this blog airs. Lucky, right?

Wow. Seven books! It’s the longest series I’ve ever written, with most of my other series ending at three books. What drove me to write seven? That’s how long I needed to fully explore this story world. Characters were still growing, and one was missing. One story arc had been resolved, but the ultimate showdown hadn’t happened until the last book. 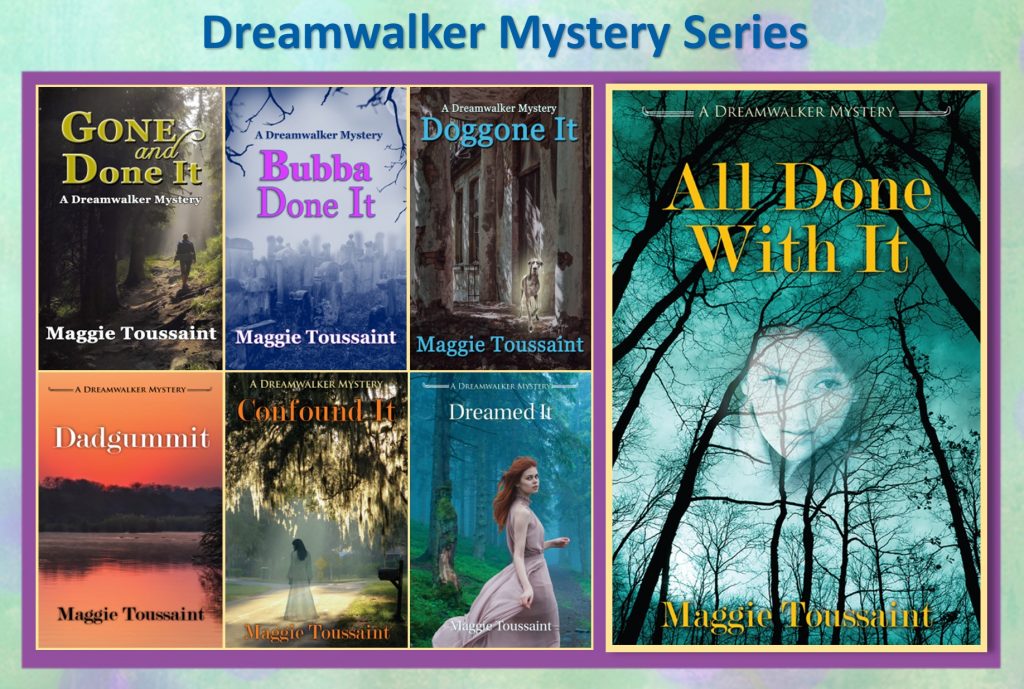 Without giving away the ending, I was often overcome with emotion as I wrote this finale. So much happened in my personal life during the nine years I worked on this series, not to mention how my sleuth matured and accepted her true nature. How fitting that this book should release in a pandemic! Who doesn’t want to be “All done with it” (the pandemic) right now?

I also felt a sense of accomplishment for sticking with this, even when the publisher of the first three books closed its mystery line soon after book three, Doggone It, released. I’m grateful to Camel Press for picking up the series and allowing me to further explore this story world. Even so, I feel remorse about saying goodbye to characters who are real to me in every sense of the word.

The mixed feelings I have as launch for All Done With It nears is akin to those of a graduating senior. There’s a sense of triumph, the excitement about future opportunities, and the regret of leaving familiar territory. These characters will live on in these series books for you and future readers—that’s a wonderful legacy for any writer. 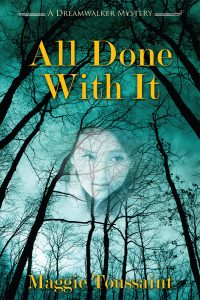 Here’s the blurb for All Done With It, which goes on sale Tuesday, August 11:

A Jane Doe jogger homicide near the swamp mystifies Dreamwalker Baxley Powell. The petite woman carried no ID, and no one recognizes her. Worse, a shadow passes from the body to a deputy, rendering him unconscious. The deputy and the corpse are dispatched to the hospital and morgue, respectively.

With summer heat and pending childbirth on her mind, Baxley’s dreamwalks into the spirit world fail to yield leads, frustrating Baxley and her deputy husband, Native American Sam Mayes. Days later, Jane Doe’s description matches a missing Mississippi woman. Turns out, her new husband is missing too. Jane’s sketchy brother-in-law and her aunt arrive, full of secrets. At Jane’s campsite, the team encounters a terrifying anomaly, nullifying Baxley’s senses. With such danger present, they must protect their unborn child. No more dreamwalks will occur until Baxley gives birth.

When her friend Bubba Paxton vanishes, Baxley sights him in a mirror, trapped between worlds with other souls.

Meanwhile, the shadow invades other hosts, demanding to see Baxley. Mayes and Baxley ignore the shadow as they rescue Bubba, untangle the Jane Doe case, and handle missing persons reports.

To free the trapped people, Baxley must outwit a powerful foe. Can she stop this super villain before he steals her soul?

Just for fun, share something in the comments that your mother always told you.

One commenter will win a print copy of Dreamed It, book 6 in this series. Winner must have US mailing address. Winner will be announced on Thursday, Aug 13.

Preorder ALL DONE WITH IT now at:

AND, while you’re here, check out our fab August Contest wherein the winner may select a book from our vault! Contest runs from Aug 1-18. The winner will be announced on August 19. Print book winners must have a US address. CLICK HERE to enter.