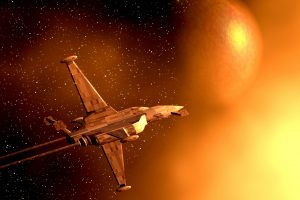 Since I write cozy mysteries, you’d think this was my favorite genre to read, right? Wrong. I have a passion for space opera and military science fiction. I don’t like stories that are too technical but prefer ones that focus on relationships. Think Horatio Hornblower in space. I’ll look for character growth, so coming of age stories with an officer who starts as midshipman, learns the meaning of leadership, earns respect from feats of heroism, and then advances through their careers will snag my attention. I can skim over the battle scenes, but I like it when the stories create characters I get to know as friends and want to come back to visit again. These are always series, by the way. Never standalones.

Stories with female protagonists such as a lady starship captain or space pirate are even better, but I do read series with male heroes as long as the focus is on the people and not on the technology. Some of these series combine two tropes I like by having a princess in command of a ship. Aren’t we all fans of Princess Leia? If our heroine has to prove her worth, that’s sure to appeal to me. 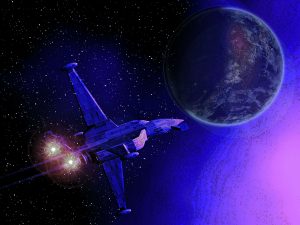 So how do I find these books? Sometimes it’s Amazon or Goodreads who recommend them, as in “If you liked Book A, you might like Book B.” Other times, I get a free read from The Fussy Librarian or BookBub. This can turn me on to an entire series if I like book one. I absolutely love this genre and gobble up these works. It’s the ultimate escape from reality with adventure, romance, intrigue, danger, space battles, and the fate of Earth in the balance.

Here are my current favorite scifi authors in alphabetical order:

What is your secret reading vice?