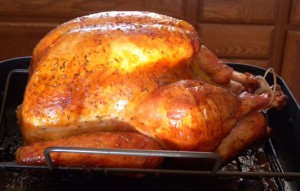 Thanksgiving is right around the corner. It used to be the signal for the beginning of the Christmas/Holiday season, but now we’re lucky if merchants wait until Halloween.

For many of us, reading gets put on hold. For others, it’s a way to escape the pressures of the season. For those who keep up with their reading, many will switch genres and seek out holiday-themed books. 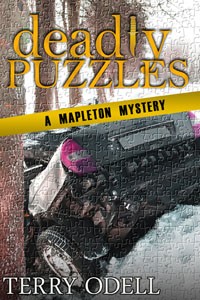 Of course, for the authors, they’re probably writing these books way out of season so they can hit the shelves (real and virtual) around the proper holiday times. When I was writing a blizzard scene for Deadly Puzzles, it was August. Hard to get inspired by the weather for that one! And “Romancing the Geek”, my Valentine’s Day themed short romance (part of the free Second Chance Rose collection), it was Halloween.

But I digress. On to holiday traditions.

When our kids were young, it was just the two adults and three little ones for Thanksgiving. I’d found a recipe for a stuffing that sounded interesting. It was seasoned with curry and contained peaches. Although it was supposed to go into a goose, I saw no reason to let that stop me from serving it with turkey. I gave it a try and it became a Thanksgiving fixture. In fact, when my son went off to college, he was close to his grandparents, and he insisted that his grandmother make this stuffing (although I think the correct term is now ‘dressing’ since it’s not considered safe to roast it inside the bird anymore.) In fact, if I ever made anything that used curry as a seasoning, my kids would say, “It smells like Thanksgiving.” 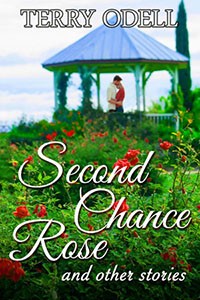 Another ‘shortcut’ we used came about because there were never enough of us to warrant two pies. I make a Pumpkin Apple Pie which combines 2 favorites. It’s super easy. A store-bought crust, a can of apple pie filling and half a pumpkin pie recipe from the label on a can of pumpkin.

What about you? Do your reading habits change? Do you have any “must have” dishes for Thanksgiving, or can you try new ones? What are some favorites?

If anyone’s interested in my stuffing/dressing and pie recipes, I posted them on my blog a while back. You can find the dressing recipe here. The pumpkin pie recipe is here. And the links to Second Chance Rose, which is a free download are here.