Journey to the Left Side of my Brain 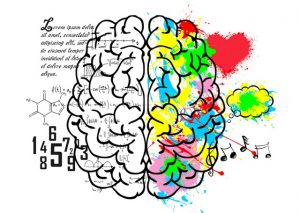 Nine years ago, I was offered two new contracts, one for The Empty Nest Mysteries and one for additional books in my Anastasia Pollack Crafting Mystery Series. However, the publisher had inserted some questionable clauses into the new contracts, and when he refused to negotiate, my agent suggested I walk. As difficult a decision as it was, I knew it was the right one.

My agent then searched for a new home for both series. We had several offers, but none felt right. One day she suggested I consider independently publishing my books.

I began writing back in the days when only books that weren’t worthy of a publishing contract were self-published through vanity presses. Vanity presses were (and still are) companies that take advantage of naïve writers desperate to see their name on the cover of books. They do little to no editing and charge writers huge sums of money. Rule One in publishing: Publishers pay writers; writers don’t pay publishers.

But publishing had changed considerably by 2013. More and more authors were waving goodbye to their publishers, striking out on their own, and finding success. After weighing the pros and cons, I decided to dip a toe into the indie pool to test the waters. With my previous books having garnered starred reviews, prestigious award nominations (with some wins), and decent sales numbers, I figured I could always go back to traditional publishing if the experiment failed.

Indie publishing isn’t for everyone, but I quickly discovered that it was the right decision for me. I love the creative freedom, and getting paid once a month sure beats twice a year. The downside is that I no longer receive advances (but neither do many traditionally published authors these days.) Also, my books aren’t carried in bookstores, but that’s also true of many traditionally published authors. Most bookstores are happy to order books for their customers.

Also, for most authors, publisher support these days is minimal to nonexistent. Authors are expected to do marketing on their own time and at their own expense. Gone are the days when it was standard practice for publishers to promote all their authors, whether newbie, midlist, or megastar. They knew any author in the pecking order could easily become tomorrow’s blockbuster bestseller.

However, there is one huge upside of indie publishing that never occurred to me when I first decided to give it a try. I’m a woman of a certain age, and I’m very much aware of the need to keep my aging brain cells challenged. Writing is certainly a creative challenge, but is it enough, especially for someone already deeply entrenched in the right side of her brain? Indie publishing has afforded me the opportunity to stimulate my nearly dormant left brain.

There are certain costs involved in indie publishing. Besides editing and marketing, these include cover design and manuscript formatting for e-publishing and print. An indie author also needs enough technical prowess to navigate the upload process on e-retailer sites. You either hire people to do these tasks for you or learn to do them yourself. I chose the less costly but more challenging route by teaching myself various computer programs.

I’m no computer nerd. I’ll be the first to admit I encountered many frustrations along the way. I sometimes still do. But I’m stubborn, and there’s something to be said for sticking to a challenge until you’ve mastered it. Hopefully, the left side of my brain appreciates the effort.

Recently, I gave my left brain two new challenges, converting my Anastasia Pollack Crafting Mysteries to hardcover editions and embarking on a project to offer the series as audiobooks. The hardcover editions are now available, and the first audiobook should be out sometime in September.

What about you? Have you set about challenging yourself to learn new skills as you’ve grown older?

While you’re here, click over to our Book Giveaway, which runs from August 1-18. ENTER HERE.

To learn more about author Lois Winston, visit her WEBSITE.

14 thoughts on “Journey to the Left Side of my Brain”