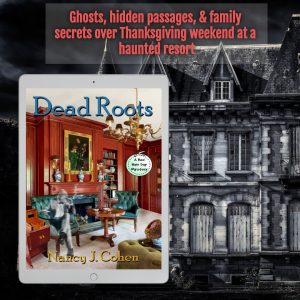 Myths and legends work well in the fantasy genre but can play a part in any type of book. I’ve used them in my romance trilogies and in several of my cozies. They can add an element of mystery to any story.

Ghosts and hidden treasure are favorite tropes of mine. I employed these in Dead Roots, a murder mystery that takes place over Thanksgiving weekend at a haunted resort on Florida’s west coast.

An Excerpt Snip for You!

Now I’m combining these elements again in my next story, tentatively titled Star Tangled Murder. Here’s an excerpt from the first draft. My sleuth, hairstylist Marla Vail, is touring a living history museum with her husband, Dalton. The tour guide is showing them the grand residence called Baffle House.

“Our family fought for the Confederates during the Civil War,” Lizzy said. “According to rumor, my ancestor Adam Canfield housed Captain Matt Lowry and his men who were marching north to deliver a Confederate payroll. When they heard a troop of Union soldiers was headed this way, they hid the gold and escaped to the Everglades. Adam and his wife, Elizabeth, stood on the front porch and faced the Union troops. When Adam wouldn’t tell them where Captain Lowry had gone, they shot him.”

Marla clapped a hand to her cheek. “That’s horrible.” 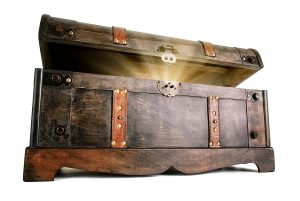 “What happened to the gold?” Dalton asked, while Marla was still absorbing the scene in her mind. Imagine Adam’s wife seeing him killed before her eyes.

“The coins were never recovered. Captain Lowry’s men failed to return. Nobody knows what happened to them. People have tried to find the lost payroll, but nobody stays inside the house for long. The ghost of the White Lady chases them away.”

“Who’s the White Lady?” Marla liked this legend. After her encounter with a playful spirit at Sugar Crest Plantation Resort, she believed in otherworldly phenomenon. 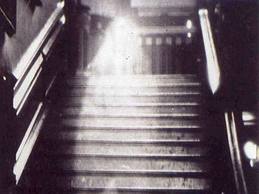 “Elizabeth is still here, searching for the gold so she can stave off the Union soldiers and save her husband. She’s wearing the same dress she had on the day he died. Guests are baffled by the mystery. That’s why the place was named Baffle House.”

“Do you believe this story is true?” Marla asked, remembering her own treasure hunt at the resort on Florida’s west coast.

Lizzy winked at Marla. “Maybe. If you want to learn more, you might consider joining our nightly ghost tour.”

Does this tale intrigue you?

Would you be tempted to search for the treasure? What stories have you read or written based on legends, real or imaginary? Leave a comment for a chance to win an ebook copy of Dead Roots.

6 thoughts on “Legends in Mysteries”