« Let’s Talk with Tina Whittle
It Can Get Personal »

Booklover’s Bench authors welcome this week’s guest, Fiona Quinn. Be sure to read the entire post to find out how to win a copy of her newest book, Weakest Lynx.

I am getting ready to visit Richmond, Virginia for RavenCon where I’ve been invited to sit on the panel discussing why everyone hates Mary Sue. I honestly didn’t know that was a thing. So I researched it, and people do indeed have issues with strong female characters that they see as “too perfect.”

Mary Sue Poots, now known as Skye from Marvel Comics fame, is apparently too much of a good thing. She’s attractive, intelligent, athletic, and (like the many other Marvel characters who are part S.H.I.E.L.D.) has a special trick up her sleeve.

But people don’t hate Captain America, so why hate poor Mary Sue? I mean – she is kind of fabulous.

Mary Sue-like qualities are now showing up in modern culture for little girls to emulate. Instead of the damsels-in-distress, requiring a man to step in and save the day of Disney’s past; for the little ones, there’s Merida from Disney’s Brave movie. In literature, YA readers can look to Katniss Everdeen from Hunger Games. (Some people include Bella from Twilight – but I can’t see it. And she’s one of those characters that gets the Mary Sue thumbs down – I agree with the thumbs down but not the Mary Sue part.)

I have found that female protagonists with Mary Sue-like qualities are not much different in their level of attractiveness, cunning, and specialized skillsets than popular male heroes such as Elvis Cole in Robert Crais’ books; Jack Reacher from Lee Child’s books; or from Tom Clancy and his Jack Ryan. And the list goes on. Personally, I think it’s fine for women characters to show up as capable and as attractive as their male counterparts, as well as show vulnerabilities and grow through their story lines.

Recently, I’ve come upon a slew of books that have a starring role for what might be termed a Mary Sue-type character. Even in romance when I read Amy Jarecki’s Highland Knight’s Desire, her Lady Meg is lovely, smart, strong-willed, and has life-saving fighting skills. In New York Times bestseller Allan Leverone’s newest book, The Omega Connection, for example, he has a five-foot tall spitfire of a heroine in his Tracie Tanner. Leverone says, “I love writing strong women for the exact reason that they’re easy to underestimate, and it makes their eventual triumph that much sweeter. Does anybody doubt big, hulking Jack Reacher is going to get the better or his rival? But when the protagonist is a petite woman, it’s very believable for the bad guys to overlook her…much to their eventual chagrin.”

I agree with Leverone and the idea that power can hide in plain sight is a major theme in my new book Weakest Lynx where I developed a decidedly Mary Sue-like heroine, Lexi Sobado. 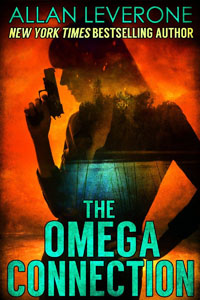 Strong, attractive, accomplished women are everywhere in society (I raised three of them myself), and I like to see that physical, intellectual, and emotional strength portrayed in the women in the movies I’m watching and the books I read. I have never been anti-Mary Sue. But that doesn’t mean that people can’t harbour an anti-Mary Sue bias. I’d love to know your thoughts on this subject. What qualities do you like to read about in your book’s female characters? How much is too much when it comes to being “special”?

Thank you for sharing your thoughts. When you do, your name goes into a raffle for a Kindle copy of Fiona’s newest book, Weakest Lynx, where Lexi Sobado is hounded by a stalker – and to keep you safe, she will also send along a Swiss-Tech BodyGard Personal Alarm.

You can catch up with Fiona Quinn on her popular blog, ThrillWriting