Readers often want to know if writers use personal experiences in their stories. “All the time,” I answer them. Anything that happens to us becomes fodder for a novel. We could be inspired by a character we meet or by a situation that happens to us.

In Hanging by a Hair, Marla and Dalton Vail move into a new house and attend their first homeowner’s association meeting. There they argue with the president, who happens to be their next-door neighbor. A few days later, the man is found dead in his home. What instigated their conflict? The man tried to build an illegal fence between their properties. 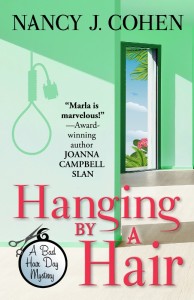 This happened to us when new neighbors moved in. I noticed the fence going up, and it appeared to be on our side of the boundary. The workers had no license plate on their truck, nor had our neighbor done a survey. Meanwhile, we’d gotten other neighbors angry when we trimmed their tree branches hanging over on our side of the fence. So I combined these grievances and created Marla’s neighbor, Mr. Krabber. Plus, I’d noted a number of package deliveries at another house on the block. I gave this attribute to Alan Krabber as well. So he’s essentially a fictional composite of several people I’ve met and experiences I’ve had. Once I determined his status as the victim, it was time to create the suspects. Who, besides his fellow board members, might want him dead? And so the mystery developed.

Because Marla’s husband, homicide detective Dalton Vail, is personally involved, he is removed from the case. Marla aims to clear his name and make her neighborhood safe again. Join her adventure by watching the book trailer and ordering the book: 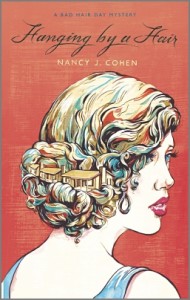 Have you ever had a disagreement with a neighbor? Do you attend homeowner’s meetings?

Leave a comment for chance to win an ebook copy of Murder by Manicure in a random drawing. Check back here for an announcement of the winner.

21 thoughts on “It Can Get Personal”