It’s back to school time again. Parents everywhere are celebrating or bemoaning their quiet houses once again. For some, back to school means getting back on schedule. For some, an empty nest means adjusting to the quiet. As silly as it sounds, when my kids went to college, despite the fact they were rarely home as a rule, they were always there to say goodnight. That one change in routine took some getting used to.

I used to have two cats. When the “alpha” crossed the rainbow bridge, the “beta” cat wasn’t quite sure what to do with herself. It took her some time to get used to being the only cat. in the house, and I was surprised at what a difference it made in her behavior. A cat who had been virtually invisible to company was now coming out to say hello to visitors in my house. The downside is that she wasn’t nearly as cuddly with us as she used to be. Still friendly, still present, but she no longer felt the need to claim a human lap before the other cat could get there. 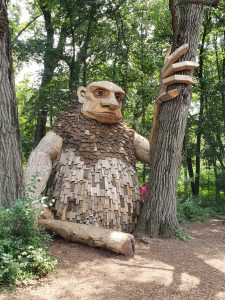 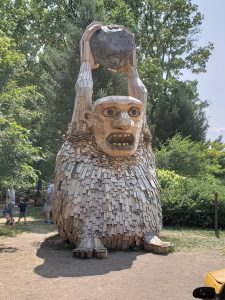 These days, transitions happen between books. As I finish one, I begin to plan the next one while I wait for the editor to do her thing on the completed one. While in the throes of writing, new inspiration and ideas are generally back-burnered until I can devote the time to them that I’d like. But once a book is finished, I circle back to those things that might have distracted me before.

During my most recent transition, I took a trip to the arboretum to go on a troll hunt, something I’d been dying to do, and something which helped to inspire the next book (no, there will not be trolls in the new book!). What a fun day! I got a chance to get outside and hike some trails, a fun day for me regardless, and around the bend along some of the trails—trolls! Trolls throwing boulders at cars, trolls with traps lying in wait, trolls hiding in the trees. Book transitions are about new experiences and taking the time to learn something.

How do you adjust to changes in your routine—transitions to a different state of being? 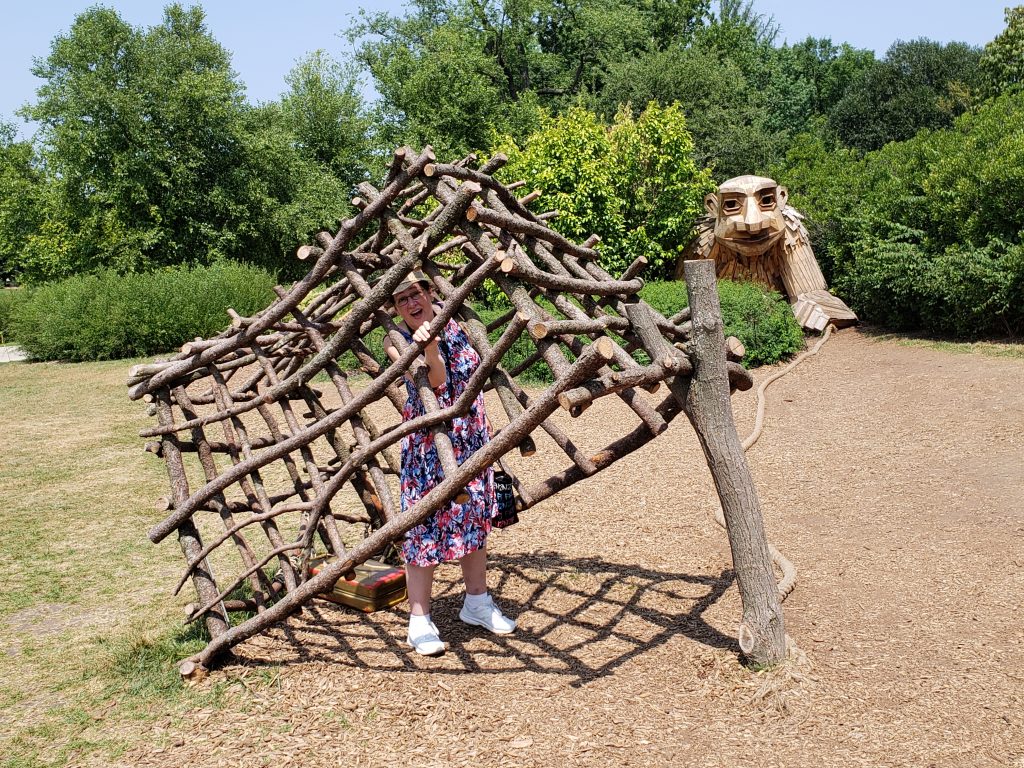