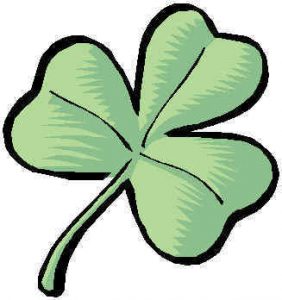 St. Patrick’s Day is March 17th, so I thought I’d share some “authentic” information about the holiday. My daughter lives in Northern Ireland, and this is what she has to say:

St. Patrick’s Day is truly a world-wide holiday, and here in Northern Ireland we celebrate with the best of ’em. Belfast puts on a big carnival-style parade, complete with floats and musicians. Most people have the day off work and schools are closed. The bars and pubs will be teeming with people, as you might expect. It’s a big day out for adults and children alike. And with any luck it won’t rain that much. But a little rain rarely dampens the spirits of the locals.

Yes, as you might expect, there is a bit of a political problem with the event. You will always have a small minority of people out there trying to prove some point by being disruptive. However, the police expect that and for the most part, the big celebrations go off without a hitch. I have a few friends who make a habit of trying to catch any “misbehavior” on film, as I know many amateur photographers.

Other than perhaps some pipes and drums, you aren’t likely to hear what most Americans would call “traditional” Irish music. No one will be singing “Danny Boy” or “Four Green Fields”, but it’s a good day out for most all the same. And you won’t find corned beef and cabbage on a menu anywhere. That’s a purely Irish-American invention. Irish stew, soda bread, wheaten bread, and colcannon (mashed potatoes with cabbage and ham) are more likely to be found.

My note: (If you want to try the “real” Irish dish, here’s Alton Brown’s (my fave chef!) recipe for colcannon.)

And please don’t look for green beer. Don’t pinch someone if they’re not wearing green. Just grab a pint of Guinness, Smithwicks, or Harp and a wee dram of whiskey and relax.

Despite my name, I’m not Irish. Have you ‘adopted’ any holidays that aren’t really part of your heritage? Have you learned about other cultures and holidays from your reading? Share in the comments, please.