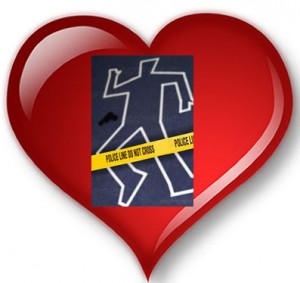 When I started writing, my reading preferences were primarily mystery, so that’s what I wanted to write. I had a basic premise—a cop who never crossed the line, and a woman as a victim of a crime he’d investigate. I figured it would be about his investigation, but as I got into the story—and not far into it—the relationship between these characters started working its way to the forefront. It didn’t bother me; I am a reader who loved seeing relationships between characters.

So, when my daughters told me this little mystery (Finding Sarah) I was writing was actually a romance, I was stunned. I’d never read a romance. They pointed out this paragraph where Randy and Sarah were having coffee after her shop had been robbed.

Sarah swallowed a morsel of the sweet muffin. Suddenly ravenous, she relished the rest of it. She looked up into those deep brown eyes again, glimpsing flecks of hazel this time. “Thank you. I guess I was hungrier than I thought.”

This posed a few problems when writing, since I was unaware of a lot of conventions. I joined a local RWA chapter, and most of the members were writing Harlequin category romance. They told me the first male should be the hero, the first female the heroine, and they needed to get together on the page right away. There was also supposed to be this “we don’t like each other” thing going on between them, which they would overcome for their happily ever after. 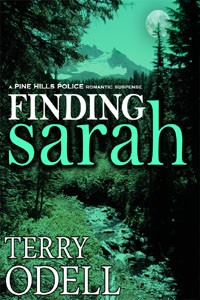 Well, I didn’t want to play that game. So, I wrote the book I wanted to write and finally found a digital-first publisher that wasn’t worried about which shelf in the bookstore the book would belong.

And … when Jay Boyar of Orlando Magazine reviewed 4 romance novels written by local authors, Finding Sarah was one of them. He said:
“Sarah and Randy don’t, for some strange reason, immediately hate each other.” He also quoted the same paragraph my daughters had singled out!

I discovered romantic suspense, which seemed to blend both genres, although given the category fell under the romance umbrella, there had to be a developing relationship between a hero and heroine, and it needed at least the promise of a happily ever after. Readers want that. Readers expect that. 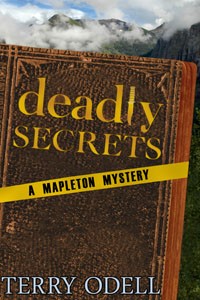 In a mystery, you don’t have the same restrictions. In my Mapleton series, Gordon and Angie’s relationship can develop across a number of books. In fact, should I want to, I could have them break up, or I could kill Angie (not likely to happen!), and let Gordon find someone new. Or grow bitter. Or mourn the loss.

Romance readers will give you a lot of leeway. There are so many sub genres with their own conventions, readers have a way to pick and choose, and as long as you don’t claim to be writing a vampire romance and leave out the vampires, they’ll probably be okay with it. Mystery readers aren’t as forgiving. When I first tried to find a publisher for that book, the publishers told me they couldn’t tell if it was a cozy or a police procedural, and they said they couldn’t market a blend of genres. Readers wanted one or the other, they said.

Thankfully, the world of indie publishing erupted right about then, and I could publish my mixed genre series. And you know what? There are readers out there who (like me), don’t mind a little line-crossing. (Although mystery readers have objected to a mild foreplay scene in Deadly Secrets.)

So, when people ask me what I write, I tell them mysteries and romantic suspense—but I call them all “Mysteries With Relationships.”

What about you? What genres do you prefer? How much leeway do you give an author? Everyone who comments will receive a download of Deadly Secrets, my mystery/polce procedural/cozy/romance.  Just tell me what format you want when you comment.

***NOTE: Because I’m out of town and don’t have access to all my files, and because the hotel’s Internet is slower than dial-up, here’s a coupon code you can use through Dec. 26th at Smashwords. Input it at checkout: ZV43G  Here’s the link to the book