The Dark Side of the Sun
by Tina Whittle 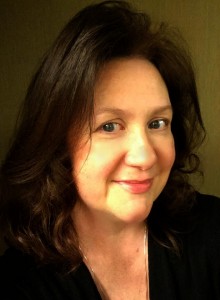 Since my husband is a science nerd, there was no way we were going to miss the Great American Eclipse of 2017. Not if we could help it anyway. So Monday morning on the day of the event, we packed up the mini-van with a bunch of teenagers and a cooler full of snacks and headed up to Orangeburg, South Carolina, which lay almost exactly in the path of totality.

Now there’s a word that’s been trending—totality. In scientific eclipse-specific terms, it describes the swath of territory that will experience the sun being fully blocked by the moon. This eclipse had a path of totality that was 70 miles wide and covered the entire breadth of the United States from coast to coast. Including Orangeburg.

We set up in the parking lot of the University of South Carolina, a prime viewing spot (which also had restrooms, because we’re not savages). The teenagers created an umbrella fort on the grass. The grown-ups occupied folding chairs in the shade and made sure everyone had the proper eyewear and sunscreen. The eclipse was already going on—a quick glance revealed a bite out of the sun—but nothing felt strange looking around.

Then we noticed the shadows—fuzzy where they should have been sharp, oddly curved and elongated. The unusual light was the next thing we noticed. It changed from a yellow summer glare to a filtered gray-blue, as if we were looking through sunglasses, and it gave off very little heat. This was when I got the first shiver up my spine, the ancient animal part of me rising in panic. Something is not right, it said. Hide now.

I didn’t hide. I shushed the monkey mind and took in the experience.

People say “awesome” about a lot of things. It should be saved for moments like this, when the moon seems to swallow the sun, and twilight descends like a curtain. And the stars flare into diamond points as the horizon glows orange and crimson all around, sunset everywhere you look. And the crickets and night birds break into song, and the temperature drops. And the chatter and laughter both cease, and silence rules, because what sound can one make in the presence of the entire universe, its clockworks revealed?

Like my husband, I’m a science nerd. But during the eclipse, I lost all comprehension of facts and data. I grew speechless. Word-less. Awe-full.

How did you experience the Great American eclipse?