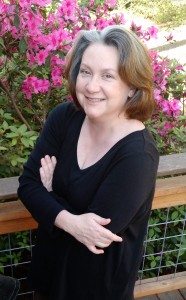 Write what you know, they say (they being smart teachers of writing). It’s excellent advice. I just happened to ignore it.

I decided instead to write about wildly complicated things like neuroscience and Special Weapons and Tactics. Which means I spend an enormous amount of time neck-deep in utterly fascinating facts and tidbits, practically swimming in irresistible curiosities.

The research for Reckoning and Ruin was especially an especially rich adventure. I learned about the migratory patterns of great white sharks, alligator attack strategies, and jailhouse protocols for video visitation.

Here are five interesting tidbits I learned while researching this latest Tai Randolph/Trey Seaver adventure, fascinating stuff that I couldn’t quite fit in the book: 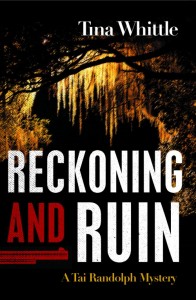 3. Between 500 and 750 women – both on the Confederate and Union sides – fought in the American Civil War as soldiers. Of course they were disguised as men. Some did it to be near their husbands or other loved ones, but several joined the front line out of a sincerely held desire to fight for their cause.

4. Tybee Island – the beach town on the coast of Savannah, Georgia – doesn’t currently have a nude beach, but there’s a petition going around that could change that.

5. The little indention on the back of a handgun, the extended grip safety, is called a beavertail. I love that for some reason.

What interesting tidbit have you learned recently? Share it for a chance to win one copy of “Not Even Past,” a Tai & Trey short story featuring research into North Georgia wildlife, Confederate gold, and best practices for recording supernatural activity.