All of us have gathered to share a memory of Halloween, and we hope you’ll also share one of yours in the comments section for a chance to win our custom tote bag. 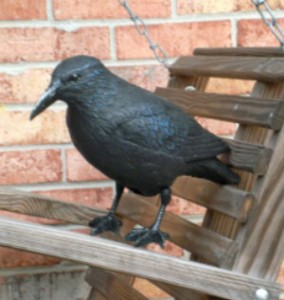 My husband is a bored aerospace engineer, so our Halloween season begins in August. He begins scouring the yard sales for odd bits and pieces that he can craft into decorations for our yard. The cloud of bats that streak down our driveway started as bicycle tires and an old motor. The carnivorous trashcan began as a beat-up garbage container and a hydraulic lift. He’s been putting on this show for over twenty years now, and it’s always a hit with the neighborhood kids (and adults – though the grownups don’t find the garden of rubber snakes nearly as awesome as the young folk do). – Tina Whittle 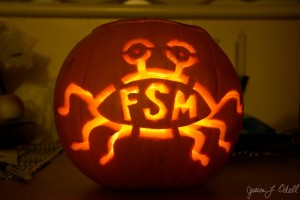 My daughters were born in late October, and my husband was late coming to pick me up from the hospital because he had to stop at the pumpkin patch to buy pumpkins. He enjoyed carving them with the kids over the years, and thanks to kid-friendly carving kits, we could let them design and carve their own pumpkins. The habit “stuck” even as they grew up and moved out. T My “job” was to roast the seeds, although since I was the only one who liked eating them, nobody really cared. – Terry Odell 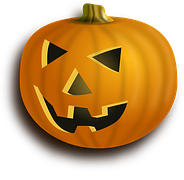 Pumpkin patches bring back memories of preparing for Halloween. As an adult with a family, I followed the traditions we’d had at home when I grew up. Nothing smells quite like Fall, aside from autumn leaves, than the smell of fresh pumpkin. We’d set newspapers on the kitchen table and carve out the top. Then we’d reach clean hands inside to scoop out the pulp. It was a gooey, squishy mess but also fun. We dumped the pulp into a bowl. Later, we’d separate the seeds, rinse them off, and roast them in the oven. Once the pumpkin was emptied out, we could carve the face. It helped to draw it on first and then cut around the pen marks. I was never very good at this. Then we stuck a candle inside. I can’t conceive how we’d lit the thing. It’s so much easier now with those electronic lights you can use instead. Or better still, buy a fake carved pumpkin and save yourself the work. It’s fun to do the real thing with small kids but not worth the effort once they leave the nest.– Nancy J Cohen

Boo! Do you like to be scared? I don’t like to be caught unaware, and I’m often totally absorbed in whatever task I’m doing, thus fair game for the pranksters in my family. The net result is that I’m often quite startled when I notice someone standing beside me. Papers fly. I jump. A scream comes out. But a laugh follows. – Maggie Toussaint

Samhain. It’s the end of the harvest season and the beginning of the dark half of the year. It’s halfway between the autumnal equinox and the winter solstice. The origins of Halloween tie in with this pagan holiday as a time when spirits are said to cross more easily between this realm and the next. 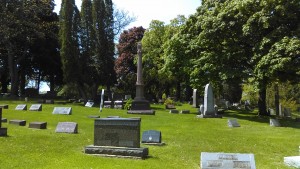 I’ve often wondered why we pass out candy to children on Halloween, and I’m willing to bet a large part of the population doesn’t know. My research shows that on “All Souls Day” (the day before All Saints Day, November 1), children went from house to house singing for “soul cakes” and agreeing to pray for the dead relatives of those people who gave them a cake.

This year, as I continue working on my new series, which focuses more on haunted houses and ghosties and things that go bump in the night, I’m doing tours through the cemeteries as a means of researching those flights of imagination that make us all wonder if, especially on Halloween, those ghosts might find a way to pop up and say hello! Happy Halloween! – Karla Brandenburg

My three granddaughters enjoy the costuming part of Halloween in a major way. They don’t much care about the candy part. They have been or will be Annie Lennox, Hermione Granger and Ginny Weasly, A Dr. Who TARDIS, character from Game of Thrones, Rapunzel with a braid of hair long enough to reach the floor, and a Twix bar. Here are three pictures of the girls in costume. – James M Jackson

We hope you’ll share a memory or a Halloween like or dislike for a chance at our tote bag. Winner must live in the U.S.

35 thoughts on “Let’s Talk about Halloween”