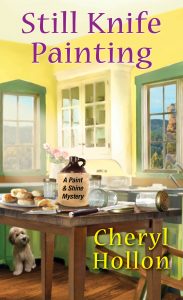 It’s our wedding anniversary month. Over the years, George and I have celebrated in several spectacular but many more mundane ways.

The tradition for your first anniversary was to have the top layer of your wedding cake as a dessert. However, George was in the Air Force stationed at Loring Air Force Base in tippy-top Northern Maine. So, it stayed in my Mother-in-Law’s freezer for another four years. When we celebrated our fifth anniversary, we thawed it out, and served it to our family. It was remarkably moist and absolutely delicious.

For our twenty-fifth, we took a guided bicycle tour that began in Jackson Hole, passed through the Grand Teton National Park and then up through Yellowstone National Park. We were absolutely astounded at how enjoyable it was to view the spectacular scenery at peddling speed. Just so you know, a bison is eighty-million times larger when you’re riding a bicycle. 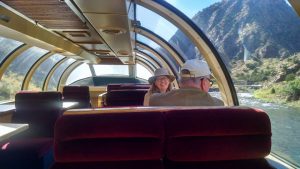 A few years ago, we took a dream trip on the vintage trains through Colorado. It included the now defunct cog rail to the top of Pikes Peak. For flat-lander Floridians, that was a spectacular view and we didn’t get altitude sickness. Win! Win! 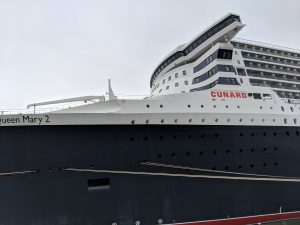 For our fiftieth, we took the whole family on a week-long Caribbean Cruise on the Oasis of the Seas. It was a relaxing, funny, celebratory, memorable week that none of us will ever forget.

Two years ago, we were privileged to splash out and take a Transatlantic Cruise on the Queen Mary II. The wedding of Prince Harry happened then; in fact, we share the same anniversary date, May 19. I loved that the dining room served the same wedding supper that was served to Royalty! 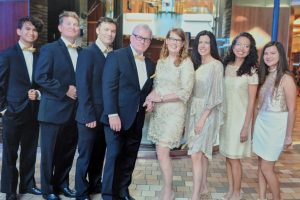 This year, we’re still sheltering in place and plan to have a special dinner out on our balcony. I’m going to use a tablecloth, real napkins, a candelabra, the whole deal. Even if we can’t go out, we can mark the occasion by staying in – but fancy.

What’s your favorite way to celebrate your anniversary?