Reading a Series
By Karla Brandenburg

These days, it seems a lot of authors are writing serial books, books that keep you in a small town, or with a group of people, or with an “action hero” team. As a reader, this is a great way to string me along into future books, provided I like the first one I read.

Hearkening back to the olden days when I first found my love of reading, I read Victoria Holt. Her books weren’t written as a series, but they were formula, 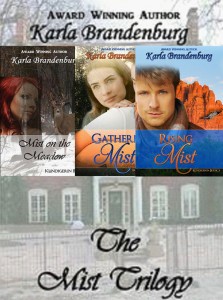 so you got the same book over and over and over again, each with a slightly different twist. And I loved every one of them. Today, one of my favorite series’ is Lucky Harbor from Jill Shalvis. I’m not saying every one of those books is brilliant, but they are consistent, and even when I wasn’t caught up with the hero and heroine (Tara comes to mind as an unlikeable sort), I did enjoy the story. Jumping into other series by the same author, I wasn’t struck quite the same way, although I have to say she remains consistent in her presentation. It’s that formula thing. Even with an author I like, a series doesn’t always strike gold.

Some authors started a series with books that drew me in, but as the subsequent books came out, I lost interest. Outlander comes to mind. I was so captivated with Jacobite Scotland, but when the author moved the battle to the new world across the ocean, I lost interest, not only in the characters, but in what they were doing. I didn’t feel she was as invested in the story as she was when she started.

When I was writing Return to Hoffman Grove, my editor asked me if it was part of a series, or 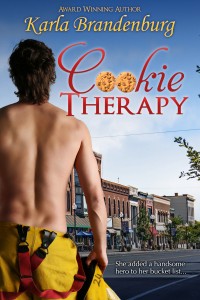 if it could fit into a series. Since it was a follow-on to Living Canvas, I found myself steering that direction. I hadn’t really thought about venturing the series route prior to that, but those books seemed to want to flow together (each a standalone story). The Northwest Suburbs series was completely unintentional, and yet it was the most fun to write. When I followed up with the fourth in that same series, I discovered my readers appreciated the small town, the close-knit group of friends, so much so that while I thought Cookie Therapy might be the last in the series, I find myself wanting to write more.

I’ve currently begun a new series with a more supernatural theme. Haunted houses and ghosts. The couple in the first book each have siblings who are lending themselves to subsequent books. I’ll be curious to see how my readers adapt to the new series, and while I’m in the middle of writing the second of three that I have mapped out for the start of the Epitaph series, I haven’t discounted the idea of going back to Hoffman Grove.

As a reader and as an author, you never know where a series might lead you. You may find yourself wanting to live in that small town, wanting to be friends with that group of people, wanting to be a part of that big family. Or you might pass on the next one and move on to something else.

What are some of your favorite series books?

ps be sure to check out our monthly contest which runs from the 1-18 of each month. There’s a $25 gift card that could have your name on it! https://bookloversbench.com/win-a-gift-card-sept-2016/