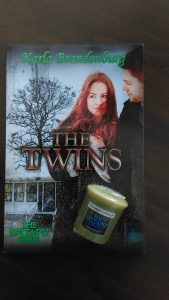 Fellow Booklover’s Bench Author, Maggie Toussaint, recently commented to me about how mystery authors have to work to keep a series fresh, and a sleuth believable. My first thought was something along the lines of that’s not a concern I have since, in romance series, its less about following a character through a number of books, and more about the people around them stepping into the spotlight. In a romance, your main characters are expected to find their happily ever after. They can’t be expected to fall in love with someone else in the next novel. A romance series generally revolves around a place, or a group of people.

In the first series I wrote, the Northwest Suburbs series, I centered on a “family of friends” who lived in and around a certain area. Each book centered on a different friend.
My second series, The Mist Trilogy, followed a recurring theme running through connected stories, with the same cast of characters—and some new ones—returning in each book to address the theme.

For the Epitaph series, I gave each of the main characters in Book 1 siblings who could each star in their own books with a supernatural subplot. As one of my reviewers says, “The main characters are real and believable. They just have a ghostly presence to deal with while going through the story.” Each story is different, but you’ll see many of the same supporting characters as each sibling steps to the forefront.

Mystery writers have a continuing character who is presented with a new situation to deal with in each book. Nancy Drew. Baxley Powell. Gordon Hepler. Seamus McCree. Tai and Trey. Marla Shore. The characters are familiar and have specialized knowledge or experience that helps them to solve the mystery.

To celebrate October (and Halloween), one commenter will be chosen at random to receive a paperback version of THE TWINS (Epitaph 2) and a citrus and sage votive candle to keep the ghosts at bay.