I recently took a trip to Alaska, and for one of the few times in my life, I didn’t stop to put characters into the beautiful places that I visited. 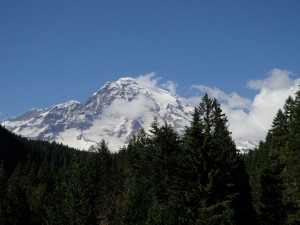 I like to travel, to see new places. Sometimes I take a trip with a story in mind based on photos I’ve already seen and the inspiration that has already been sparked. Other times, my imagination rolls movies as I imagine characters walking where I am, seeing the things I’m seeing. And then there are trips like this one, where I’m so awed by what I’m seeing, that I don’t want to share it with the people living inside my head. That’ doesn’t mean the setting won’t appear in a future book, it means I stopped to take it all in. Me. All the beauty of my surroundings, and I didn’t want to share it with characters who haven’t yet been born.

I made a trip to Bryce Canyon in Utah several years ago. The photos of the hoodoos haunted me like warriors trapped in stone prisons who would only come out at night (I’m an author, I get to imagine weird things). The scenery there was gorgeous, and my highly unpopular opinion was that I was more impressed there than I was at the Grand Canyon. (The Grand Canyon is SO big as to be overwhelming, in my humble opinion – which is not to say it isn’t impressive!). The Bryce Canyon story started before I arrived, and for each leg of our journey through the desert I took notes and had the film rolling. I wrote the story when I got home. Unfortunately, that particular story wasn’t very good, so you won’t be reading it any time soon. 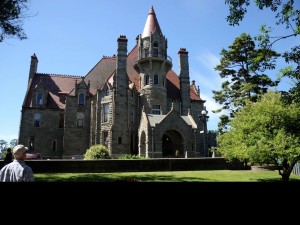 Many years ago, I took a trip to Scotland. Like Alaska, that trip stuck with me. I visited while I was writing my first book, Touched by the Sun (which is set in Italy… but that’s another story). There must be something about the mountains that silences the voices in my head, because I spent those days with my mouth hanging open, awed by the wild countryside. Rainbows over the moor. Mist rising over Loch Ness. An author’s playground, and yet the experience was too overwhelming to “insert character into setting.” I did take copious notes, and later sent Audrey to Scotland in Living Canvas.

And then there are places that I visit where the characters push their way out and insert themselves. I imagine someone walking beside me, seeing the things I see and forming impressions. Roll movie. A walk on the beach in Fort Lauderdale. A woman at the French Market in Aix-en-Provence. 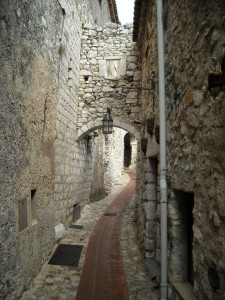 My trip to Alaska wasn’t totally devoid of inspiration. On the contrary, it is more of “delayed” inspiration. Looking back, I can determine where those settings might fit into a story (or not). We did make a stop in Victoria, British Columbia, where we visited a real-live castle. Functioning, furnished, not crumbling around the foundation. It made me wish I wrote historicals, and it made me feel like I was walking through some of the books I’ve read. Who knows? The castle might find its way into one of my contemporaries!