Authors are Readers, Too
Terry Odell 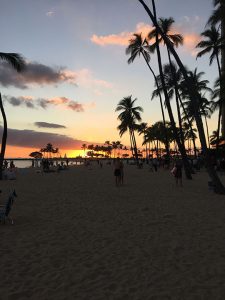 Most of the time, writers sit in rooms all by themselves working on their manuscripts. Or working on a blog post, or some marketing chore, or checking in with social media. It’s usually a solitary work environment. Solitary, not lonely, though, because we have our characters and they’re usually making themselves heard, be it accepting or rejecting the situations we try to put them in. 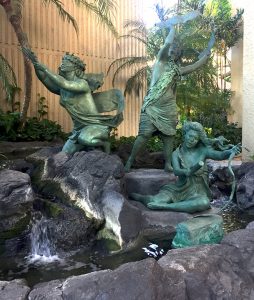 But every now and then, it’s good to get out among like-minded people. People who understand the “voices in the head” existence we live. Recently, I did just that, traveling from my mountain in Colorado to the beaches of Honolulu, Hawaii for the Left Coast Crime conference. Why? After all, there are conferences closer to home, and far less expensive ones. But for me, the draw was the invited guests: Faye Kellerman, Jonathan Kellerman, Dana Stabenow, and Laurie R. King. I admire the four of them a great deal, and the chance to see/meet them all in one place had me plunking down the cost of the conference, an airplane ticket, and resort hotel prices. 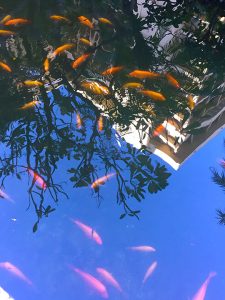 I wasn’t disappointed. All of the four were friendly, engaging, and when they shared their writing processes, it was extremely heartening to find that they all, despite their humongous successes, share the same fears and doubts with each new book. If anything, it gets harder, not easier, because each book needs to be better than the last. They all confess to straying down “wrong” pathways, even if they’re following an outline, and they cut and rewrite just like us “regular” authors. 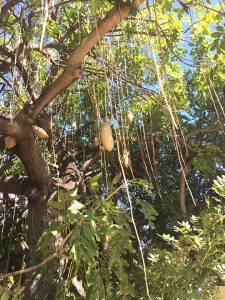 The Kellermans hosted a breakfast and made a point of visiting every table, chatting with the attendees and answering questions. And I confess, it took a lot of nerve to ask a question—I was a total fangirl, and I was afraid I’d sound like an idiot (and maybe I did to them, but if so, they never let it show.)

So, do you have a favorite author? One you’d like to meet? Ask a question? Who would it be? What would you ask? Or would you stare at them, in awe of their greatness, and not be able to say anything?

And, since they say a picture is worth a thousand words, rather than make this post any longer, I hope you’re enjoying these pictures from around the hotel.

Enter to win a tote bag from the Hawaiian Village Resort — perfect way to carry lots of books! (Sorry, US residents only, please–it’s a legal thing.) And because you’re visiting Booklover’s Bench, if you leave a comment on this post, I’ll give you an extra entry!