That’s for the birds
by James M Jackson 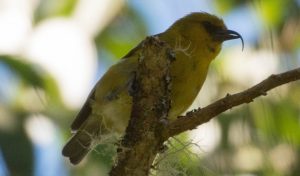 I am a reasonably curious person, which can be a bad thing when I am doing research for a novel. I can easily start gathering information about why mowed grass smells so nice and end up engrossed in reading about the negative effect of warmer oceans on krill and whales. Not long ago, I was writing a blog about how birding and writing had many similarities and I thought of the phrase “that’s for the birds.”

Before looking it up, I thought the expression meant something was nonsense, or illogical, or maybe even crazy. Idiomatic expressions by definition don’t make strict sense, although in the past they may have been related to actual practices or occurrences. By the time they reach us, they are stripped of their context.

As is my wont, I performed some online searches and was surprised that this phrase seems to have arisen as a cleaned-up version of an expression used informally by US Army soldiers during World War Two. The original expression was probably “that’s shit for the birds” – as in horse manure, which contains seeds that attract birds. The cuss word was removed for politeness (or at least newspaper and magazine publication, where the first instance of the expression that I turned up appeared in 1943) and has left us with “that’s for the birds” meaning nonsense, a polite form of “crap.”

How about you? Have you discovered the origin for any expressions that surprised you?