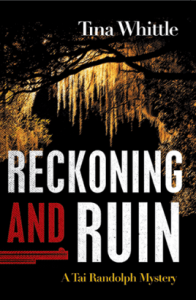 In my Tai Randolph mysteries, I write a corporate security agent named Trey Seaver. He’s the rational, rule-bound counterpart to my somewhat reckless, intuitive narrator, Tai. I get mail about him. Boy howdy, do I.

Some readers like to watch him using his SWAT cop skills; others like him best dressed to the nines. Some praise his intellect, and others his heart. But the one phrase would that gets used the most often is “gentleman.” And not just any gentleman. Trey is described as a “Southern gentleman.”

Which has got me thinking – what exactly is a Southern Gentleman? What qualities make up this creature? Is it a compliment? Does it mean only one thing or are there variants on the definition?

What do you think of when you hear the phrase “Southern gentleman”?